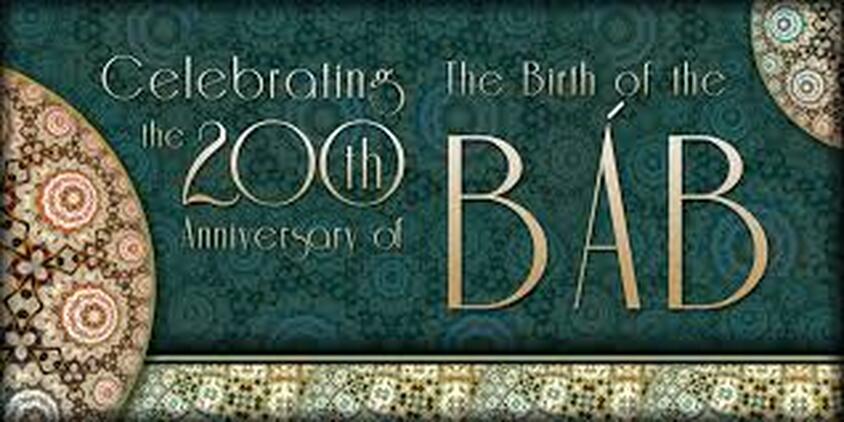 ON 29 AND 30 OCTOBER 2019, IN COUNTLESS SETTINGS AND PLACES THROUGHOUT THE WORLD, PEOPLE WILL CELEBRATE THE 200TH ANNIVERSARY OF THE BIRTH OF THE BÁB, WHOSE REVITALIZING MESSAGE PREPARED THE WAY FOR THE COMING OF BAHÁ’U’LLÁH, THE FOUNDER OF THE BAHÁ’Í FAITH.
Dawn of the Light New Video
Two hundred years ago, the Báb appeared, inaugurating a new Dispensation and preparing humanity for the light of Bahá’u’lláh’s Revelation.
Dawn of the Light portrays several individuals from different continents as they relate their own personal search after truth and meaning. They share their discovery that God has sent two Divine Manifestations—the Báb and Bahá’u’lláh—Whose teachings are revolutionizing human thought and behaviour, changing darkness into light. The film shows glimpses of how this same discovery is inspiring the efforts of many across the globe to serve humanity and to contribute to building a new pattern of life.

Watch celebrations around the world